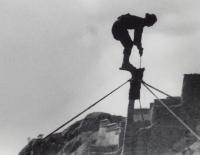 Many philosophers argue that the imagination plays a fundamental role in the very conditions of possibility of thinking. Likewise, many anthropological approaches have assumed that without the works of imagination there would be no other forms of cultural work. Imagination underlies politics, ritual, materialities, language, and, of course, art and creativity. Imagination is one of the loci where anthropologies meet, and where serious dialogue must take place. From cognitivist sciences to the anthropology of art, of politics, of religions, of kinship, etc., understanding the capacity of humans (and perhaps non-human primates too) to create potential scenarios is a key part of what we find in the field and a key part of the representations we document in our writings. What are the effects of imagination in life and in anthropology?

Other approaches might consider mind and language in their material manifestations. Social life and the environment work on and are shaped by humans and their languages. Local ideas of how languages and thought relate to the world may challenge academic theorization. Do we need new comparative approaches for the study of radical variation? 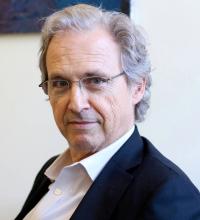 Alessandro Duranti is Distinguished Professor of Anthropology at the University of California, Los Angeles, where he teaches courses in linguistic anthropology phenomenology, and jazz aesthetics.  His current theoretical focus is the role of the unexpected in human interaction. For more information, click here.

ASA2018 keynote lecture: Failures in Intersubjective Attunement and their Implications for a Theory of Collective Action

The conditions for collective action have long been a major focus of speculation for philosophers and cognitive scientists who introduced the notion of 'collective' or 'shared intentionality' as an alternative to the earlier phenomenological notion of intersubjectivity (Tuomela & Miller 1985; Searle 1990; Bratman 1993; Tomasello 2007; etc.).  The models proposed by these authors have been based on situations in which the joint activity under consideration (e.g., participating in a toast, playing music in a band, dancing with others) occurs smoothly, that is, without interruptions or errors.  In this talk I examine a number of audio- and video-recorded interactions where 'glitches' or full-blown errors occur. I show that participants miss seeing or hearing the contextually relevant 'aspect' – a notion introduced by Wittgenstein in the late 1940s – because of socio-historically rooted and typically embodied expectations about what should be happening next in the context at hand.  Within the temporal unfolding of the collective activity, certain sonic, musical, visual, linguistic, or textual qualities of the event acquire an attentional pull (Throop & Duranti 2014) that overwhelms key participants leading them into interactional trouble.