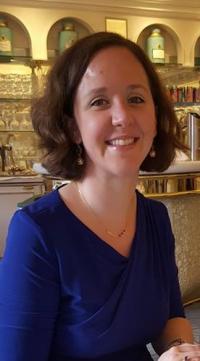 My doctoral research focused on the province of South Tyrol, Italy, a border region situated just south of Austria. The region is considered a ‘peace model’ by many nation-states since the creation of the province’s autonomy statutes. The objective of these statutes was to allow for minority protection of the German- and Ladin-speaking communities while also permitting Austria to be the ‘protector’ of South Tyrol. Another bi-product of these statutes was the creation of the ‘separate but equal’ education system, which allowed the German-, Italian- and Ladin-speaking communities to have individual schools in order to protect their culture and language identity.

In the past several decades, there has been an increase in ‘mixed’ marriages with members of differing language groups producing bilingual children. Additionally, civil service positions now require that all applicants have a mandatory comprehension of the region’s second language, or in some cases third language, in order to apply for certain posts. As the education system tries to adjust to local concerns regarding the insufficient teaching of the second language in monolingual education, the concept of South Tyrol as a ‘peace model’ was brought into question during the course of my research.

In my thesis, I examined how the South Tyrolean school system was reflective of society at large as its divided education mirrors the current fissures existent amongst the language communities. With parents looking for alternative measures to instruct their children in the second language, some residents would prefer a bilingual schooling option to encourage inter-group assimilation.

Furthermore, I discussed, outside of education, external social factors in the region which impact second language learning creating language learning ‘blocks’ and ‘victim’ versus ‘conqueror’ mentalities. The objective of this research was to try and understand how South Tyrol continues to be in transition as the province adjusts to more bilingualism despite the historical need to preserve the language minorities.

During my time as a Research Associate, I will be working towards a monograph manuscript based off my doctoral research. In addition, I run an Early Career Researchers’ podcast called, ‘Coffee & Cocktails’ in the Oxfordshire area designed to help ECRs promote their work to both academic and non-academic audiences. More information can be found on my Facebook page @coffeeandcocktails1.

Wand, A., 2016. “Separate but equal”, segregated or stymied? Second language learning issues in South Tyrol. Journal of the Anthropological Society of Oxford. 8(3) (2016).