Back to main page...

Over the past 25 years, much research has challenged the long-held notion that Amazonia was a largely pristine landscape. Vast areas bear evidence of transformation of habitats and landscapes by ancient human activity. On heavily leached, infertile tropical soils, Amazonian Indians added organic wastes and charcoal to create ‘Terra Preta’ or Amazonian Dark Earths. In inhospitable, seasonably flooded savannas, they created raised fields. Everywhere and throughout history, unique cultural engagements with animals, plants, rivers, and the forest have given rise to rich worldviews, symbolic understandings, and ritual practices. The growing realization that much of Amazonia was not the product of nature alone, but also a cultural artefact resulting from millennia of human management by its pre-Columbian inhabitants, is suggesting new interpretations of the ecological history of the region and new views of how biodiversity and people can coexist. Our research group is actively engaged in Amazonian landscape research. Rival, who has written extensively on ecology, culture and anthropogenic forest formations, is currently developing several collaborative and interdisciplinary research projects on plant domestication in western Amazonia. Ewart is studying Panará gardens in terms of material culture and aesthetics. Gutierrez and Reig are documenting the landscape practices of highly mobile societies (Nukak and Yanomami). Parathian is studying interactions between indigenous communities, monkeys and changing environments.

Body and personhood in Amazonia

The body plays a central role in Amazonia, where society is conceptualized in terms of sociality, and social reproduction in terms of embodiment and personhood. Cross-cultural analyses have revealed the significance of the active fabrication and destruction of bodies in defining and sustaining social bonds. This is particularly true of pan-Amazonian notions such as 'substance sharing' and ’cannibal predation.’ In some Amazonian societies, personhood is constructed dialogically, and structured by a continual process of 'Other-becoming.' Everywhere, the high instability and transformability of bodies have led to sophisticated practices and techniques involved in controlling metamorphosis and ‘shape shifting.’ Ewart, who has co-edited with M. O’Hanlon (director of the Pitt-Rivers Museum) a volume on body arts and modernity, is exploring the symbolic and sociological relevance of body surfaces and body decorations. She is studying the glass bead trade, both ethnographically and historically, and researching the place of the visual in a perspectival worldview. Rival has started a comparative analysis of native explanations of how the soul is attached to the body, as part of a wider project on body/ soul dualism in Amerindian thought systems and ritual practices. Praët is contributing to theoretical debates on animism and perspectivism by looking at shamanic beliefs in terms of ‘shape shifting.’ 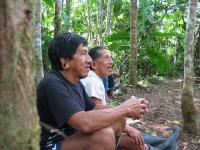 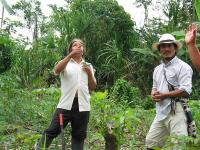 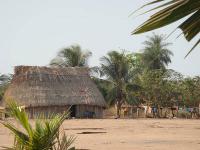 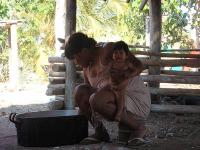