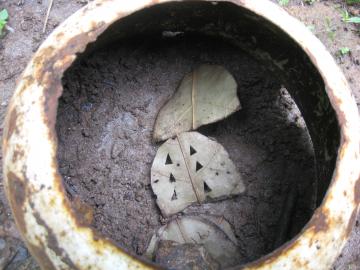 Decision making is a human universal. Technologies are often deployed to help people as they make up their minds to action. I have been studying Mambila spider divination for more than thirty years. This has given me a perspective on different ways to think about decision making and the future. I am also concerned to document how people actually use divination rather than general theoretical statements about how it works. So I have become interested in the sociology of the questions asked and the answers given and in the fascinating issue of what happened next.

I have been working on images taken by Cameroonian studio photographers for some time now. I am interested in topics such as photo albums and how these can be used as the basis for family history, in the distribution networks of the raw materials, the chemicals, film and paper used in old style photography. I have also got involved in wider issues of trying to estimate the numbers of photographers working at different periods in time so adding a more historical perspective to the study of African Photography. 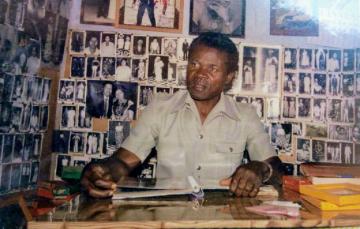 Jacques Toussele in his studio

With the Canadian linguist Bruce Connell and various research students  I have undertaken several pieces of research on endangered languages on the Nigerian Cameroon borderlands. We are currently working with a local team in Somié to compile a dictionary of Ba Mambila (which I hasten to add is not endangered). I continue to be interested in ways in which linguistic research methods can be used to document topics of mainstream anthropological interest such kinship and power networks.

From social history to regional histories

Collaborations with linguists, archaeologists and genetic historians have opened larger timescales than usually considered by anthropologists.  The pattern of distribution of the Mambiloid languages raises questions about how they have got there, and how long ago. Some of the tentative answers are interestingly at odds with local accounts of ethnogenesis.