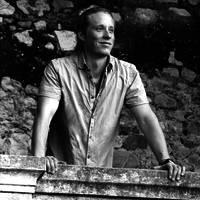 Broadly, and like my fellow researchers at ICEA, I am interested in using evolutionary theory to understand human behaviour.

My current academic interests include using methods from computer and network science to understand how social relationships affect health behaviours and well-being. In the private sector, I work as a data scientist for TextureAI, which uses techniques such as natural language processing and machine learning to understand the impact of web-based content on user behaviour.

During my MSc, I studied the cultural activities that lead to bonded, cooperative relationships among humans, focusing on coordinated, strenuous physical movements (such as dance and sport).

For my DPhil (PhD) I studied the effects of social relationships on human health and well-being. I conducted experimental, observational, and 'big data' studies to interrogate these effects scientifically. The results of these studies help to explain how social support and cohesion can reduce perceptions of pain and fatigue while enhancing performance during exercise.

Outside of academia, sports have been an important part of my life; I competed in track and field (javelin throw) for both Oxford University and South Dakota State University, where I was an NCAA Division I Track & Field Academic All-American.

Master of Science (MSc) in Cognitive and Evolutionary Anthropology, University of Oxford (2014) with Distinction

Davis, A. and Cohen, C. (2008). The Effects of Social Support on Strenuous Physical Exercise.

Davis, A. (2017, November). Faster with friends: a ‘big data’ and observational study of parkrun. Poster presented at the Human Diversity and Adaptation Meeting. Oxford, United Kingdom.