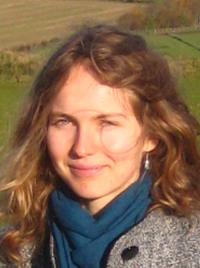 I have conducted anthropological research in Nepal since 2008 and a shorter period of fieldwork with irregular Nepali migrants in the USA. My main research interests lie at the intersection of the anthropology of violence and social suffering, practice theory, and the anthropology of migration, with a focus on transnational family networks, debt-driven migration, and economies of waiting and hope under late capitalism. I have started developing an interest in the anthropology of religion and the invisible world through my work on 'reluctant shamans' and Christian conversion among one of the indigenous groups in Nepal.

Over the past ten years, I have been conducting ethnographic fieldwork in the mid-Western hills of the Nepali Himalayas -  the heartland of the Maoist insurgency during the civil war of 1996-2006,  home to a vibrant but rapidly changing shamanic tradition, and, more recently, a hotbed of (ir)regular international migration to the USA and beyond.

For my doctoral research, I spent a year in the village of Thabang, the capital of the Maoist base area during the civil war of 1996-2006. Living with people who were located at the epicentre of the conflict, including both ardent Maoist supporters and ‘reluctant rebels’, I explored how a remote Himalayan village was forged as the centre of the Maoist rebellion, how its inhabitants coped with the situation of war, and how people recreated their everyday lives by adopting previously transgressive norms and practices. The monograph based on this research, Maoist People’s War and the Revolution of Everyday Life in Nepal, shows how the everyday became a primary site of revolution in Nepal, with revolutionary change coming not as a result of war but rather in the process of war, with the praxis of revolutionary modes of sociality and ‘embodied change’ being key to understanding how change came about.

As part of the Leverhulme Early Career Fellowship (2015-2018), Where there are no men’: Migration, Kinship, Gender and Generation in Nepal, I explored the gendered and generational nature of migration in Nepal, and the circulation of money in transnational family networks as a way to understand changing notions and practices of  kinship and relatedness in Nepal and beyond. In the process of my fieldwork, I have become increasingly interested in the ‘cruel optimism’ and structural violence of migration in late capitalism, with debt-driven migration and economies of waiting serving as a starting point of analysis.

While doing fieldwork for my postdoctoral project, I have come across a phenomenon of ‘reluctant shamans’, multiple cases of spirit possession and an increasing tide of Christian conversion in post-conflict Nepal - the phenomena which I would like to explore in future, linking the upsurge in different forms of religiousity with the recent drastic restructuring of Nepali society and the social suffering of groups living on the margins.

In 2018-2019, I convened an option course ‘Anthropology of Violence and Social Suffering’, which combined perspectives from medical and political anthropology as well as critical social theory to understand different forms of violence in the world of today.

(forthcoming) ‘Reluctant Shamans: on the Limits of Human Agency and the Power of the Partible Souls among the Kham Magars of Nepal’, to be published in the edited volume by A. de Sales and M. Lecomte-Tilouine Encounters with the Invisible in the Himalayas.

2019 ’Money and Blood: Remittances as a Substance of Relatedness in Transnational Families in Nepal’, American Anthropologist 121 (4): 884-896.

2018 (with Jo Boyden) ‘The Impact of Development on Children’, in the International Encyclopaedia of Anthropology (ed. by Paul Sillitoe )

2017 (with Virginia Morrow, Nardos Chuta and Yisak Tafere) ‘I started working because I was hungry’: the Consequences of Food Insecurity on Children’s Well-being in rural Ethiopia, Social Science and Medicine 182: 1-9.

2016 ‘When Gods Return to their Homeland in the Himalayas’: Maoism, Religion and Change in the Model Village of Thabang, mid-Western Nepal’, in D. Gellner, S. Hauser and C. Letizia (eds) Religion, Secularism and Ethnicity in Contemporary Nepal, pp. 77-114. Delhi: Oxford University Press India.