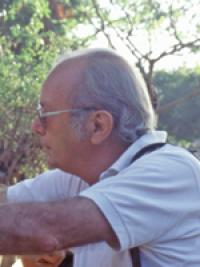 He has published books and article on three separate communities on the islands of Lembata and Adonara in eastern Indonesia, where he has spent over five years in five different decades. He has also published a book and articles on North American cultures. He interest have and do cover the range of what human beings do, including descent and marriage alliance, economy, modes of thought, the creation of a middle class, population history, whaling, oral and written history, conflict, warfare, and much more. He is currently ushering a dictionary of an unrecorded eastern Indonesia language through a press and ordering and reading hundreds of ancient Dutch documents on regional history.

1974, Robert Barnes, Kédang: a study of the collective thought of an eastern Indonesian people, The Clarendon Press: Oxford.