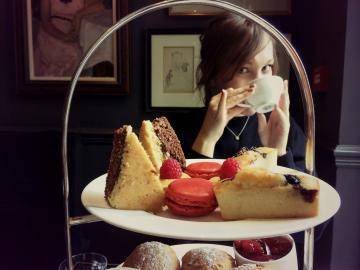 Research: My doctoral research centers on an intersectional feminist bookstore and activist center whose stated mission is to create a freer and more equitable society, noting its “safer space” policy as integral to practicing this type of community in the American city where it’s located. Safe spaces—places that strive to create supportive and nonthreatening environments, especially for people from marginalized backgrounds—have recently become the subject of critical media attention, but there have been few attempts to conceptualize them from within. Through ethnographic investigation, I aim to understand the safer space policy’s role in creating a more egalitarian community within this bookstore, as well as how safe spaces relate to revolutionary imaginations and liberation movements more broadly.

I ask the following questions: How is a safe space created, practiced, regulated, and experienced—ideologically, socially, and spatially? Within the bookstore, is the safer space policy primarily symbolic, or does it have practical influence? In what ways does the bookstore embody its values of equality and empowerment, and where is there a gap between its ideals and the ways it functions in practice? What does ‘safe’ mean, and for whom is the space safest? What can we learn about the relationship between occupying space and liberation movements more generally, and what do safe spaces suggest about feminism(s) in practice today? Do safe spaces merely reflect revolutionary ideals, can they actively dismantle systems of oppression, and do they ever reproduce the forms of discrimination and inequality they intend to challenge?

I am also interested in the way in which ethnographies can support liberation movements by offering a sympathetic but critical perspective, as well as the potential for anthropologists and activists to collaborate.